For the deck building industry, August is an exceptionally busy month, but it is not too busy to make time for our local Home Builders Association’s events and show some appreciation for our local building community. When a city like Vancouver is ranked the most livable city in North America (and 3rd in the world), you can guarantee that the local contractors like those in the Greater Vancouver Builders Association are some of the most skilled and experienced in their trades.

This month there were two notable, special events that the Greater Vancouver Home Builders Association (GVHBA) hosted and Duradek was proud to take part in.

Hosted along the Fraser River at the New Westminster Quay, Duradek was proud to be a sponsor of the GVHBA Summer Social. Not just another boring networking event, over 200 people enjoyed this social evening which included a wine bar and a very active Ping Pong table for which Duradek was co-sponsor. 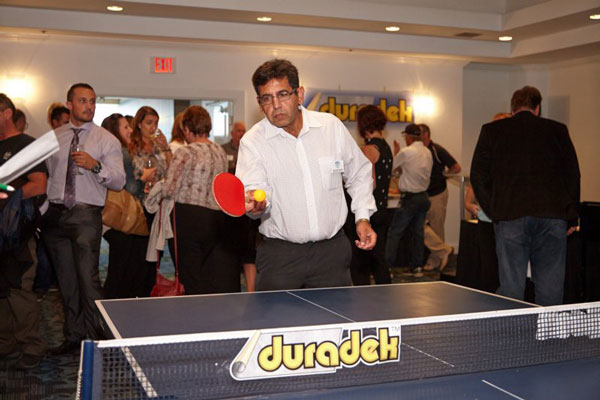 Who knew so many GVHBA members have such stellar ping pong talent!? The crossover footwork, blocks, counter-hits and rallies stirred up quite a scene. Duradek’s Winston Conyers was there to talk vinyl membrane waterproofing between ping-pong matches. 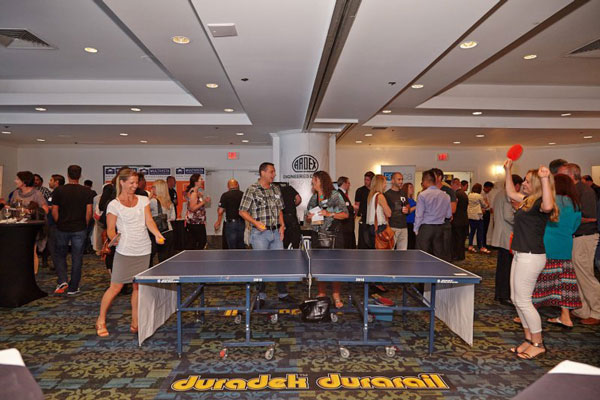 Presented by the association’s Under 40 Committee, the GVHBA’s 3rd annual Grouse Grind Challenge was a huge success. Members conquered the grueling trail and then enjoyed themselves at the summit with food, beverages, mingling and amazing views.

Recognized in the GVHBA weekly newsletter, Duradek’s Winston Conyers and Dave Giesbrecht were the notable newbie members beating the GVHBA newbie challenge with admirable times of 0:53:48 and 0:44:34, respectively. Winston, a recent addition to the Duradek family did his team proud. Dave, who is an authorized Duradek installer and owner of North Vancouver Sundecks proved himself as adept on the trails as he is on the decks he installs. Way to go, guys! 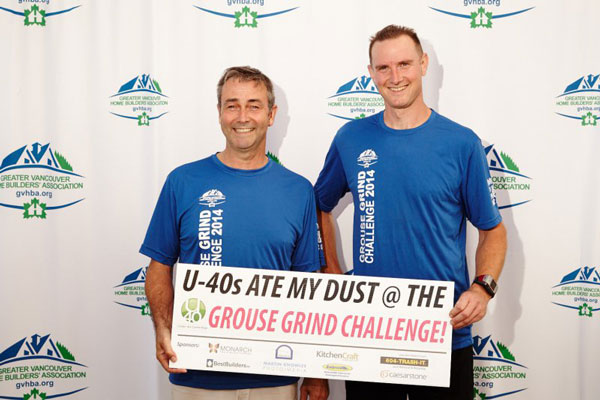 Although relatively new members of the Greater Vancouver Home Builders Association (GVHBA), Duradek has a deep appreciation for the local building community that helped Duradek grow from a small regional company to an internationally recognized brand over the last 40 years.

When we are at home building or home improvement shows in the local Vancouver market, we are thrilled with how often we hear of people wanting to freshen up the look of their deck that has had Duradek reliably protecting it over the last 20 – 30 years. These Duradek customers know that the level of Duradek’s waterproof performance combined with no maintenance requirements is the most cost-effective way to protect their decks over the lifetime of the product. More often than not, homeowners want to re-do their decks purely to freshen up the look with one of our fantastic new colours, like the popular Cork Graphite.

If you are in the Vancouver area, be sure to visit Duradek at booth #1755 at the Vancouver Home & Design Show October 16 – 19th at BC Place Stadium. We can show you why waterproofing your deck with Duradek vinyl will bring you the most enjoyment from your deck for the long term…and allow you the most leisure time to enjoy it!