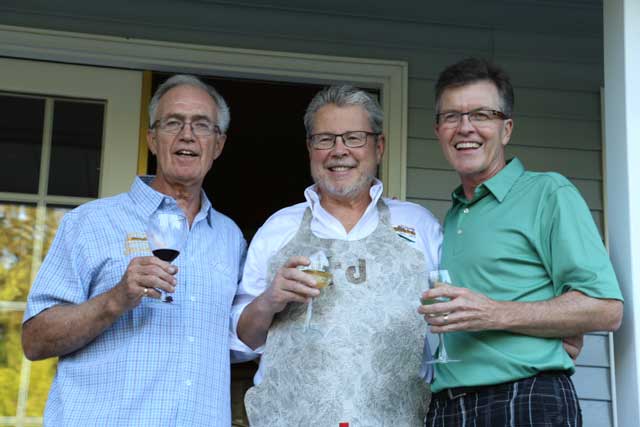 After 25 years of exceptional contribution, Duradek Canada Ltd. has bid a fond farewell to Customer Service Manager, Trevor Daniel, who has taken a much-deserved retirement.

As a family owned and operated business, the corporate culture of Duradek has always placed a high value on personal relationships with both internal and external stakeholders. Given that, it is not surprising that when the need for a new team member arose 25 years ago, Duradek owners, John and Bob Ogilvie, would turn to a trusted friend to take on the role. While often friendship and business don’t mix, in this case it was an ideal match. Trevor grew into his Customer Service Manager position and the second half of Duradek’s 40+ year history was significantly shaped by Trevor Daniel’s contributions.

Trevor is one of those rare individuals that always maintain a presence of calm control. As John Ogilvie recalled at a private company retirement party on May 5th, “No matter what situation came up, I could always count on Trevor calmly saying, ‘No problem, John, I’ll take care of it’ and I knew, no matter what it was, that Trevor had it under control.”

While his official title was Customer Service Manager, Trevor Daniel maintained the roles of Customer Service Manager, Office Manager, Warehouse Manager, Facilities Manager and Grill Master (he flips a mean burger) at Duradek’s head office location in Surrey, BC. After 25 years of accumulated expertise with the company, Trevor was a hard person to replace – almost impossible, in fact. Luckily for Duradek, Trevor’s leadership and mentorship helped to prepare his successors to perform the duties of his roles with the professionalism and personal attention that Duradek’s customers have learned to count on. 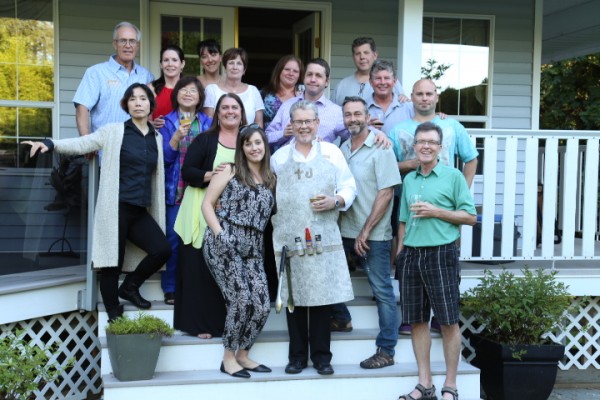 Trevor’s roles within the company have been taken on by 3 individuals on the Duradek team that also embrace that calm, get-it-done attitude so aptly demonstrated by their predecessor.

Dawn has taken on Trevor’s customer service role in addition to her purchasing responsibilities within the company. Dawn was the natural choice for this position with a 14-year history with Duradek; most of which was in the role of senior customer service representative. Dawn’s exceptional customer service always led the inside sales team by example so it was a natural transition for her to officially take on leading the department.

With only 2 years of history on the Duradek team, Jeff was quick to take a leadership role in the warehouse and was clearly more than capable of stepping into Trevor’s shoes as the warehouse manager. With a background in construction and renovation, Jeff has an understanding of our customer’s needs and a valuable insight into building maintenance issues to ensure Duradek’s facility and all incoming and outgoing shipments are managed effectively.

Having also acquired significant responsibilities as Duradek’s owners step further away from day-to-day operations, Jennifer has taken on the balance of Trevor’s responsibilities as it relates to overseeing the administration of Duradek Head Office. Jennifer, who literally grew-up with Duradek and knew Trevor Daniel her entire life, operates in a general manager capacity which includes conflict resolution and troubleshooting for which the team had previously relied on Trevor to resolve.

Trevor will be greatly missed by the Duradek team and all of the customers that he so closely bonded with over the years. While we have every confidence that the people who stepped in to fill his shoes will do him proud, it is still bitter-sweet to say goodbye to our friend, co-worker, and mentor at the Duradek Canada office.

We wish Trevor and his beautiful wife, Judi, all the happiness in the world and would like to respectfully remind him that until he finds a suitable replacement for his ‘Grill Master’ role, we expect him to show up from time to time for the occasional barbecue.