While Duradek celebrates its 40th year in business this year, key Duradek distributor, Duradek MidAtlantic celebrates their landmark 20th year along with us! The source of all Duradek vinyl from Maryland to South Carolina and from Virginia to Delaware, Duradek MidAtlantic has been the top producing Duradek distributor for the past 14 years and they are poised to continue their stellar performance for years to come. 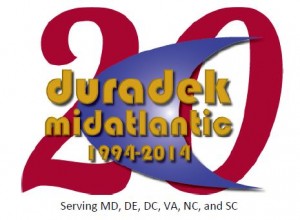 Duradek MidAtlantic was launched in 1994 by Ron Bongiorno and Del Thebaud with the assistance of John Harlow. Ron, Del, and John recognized Duradek as a niche product that would work well with their existing home improvement business, Bay Construction. While Ron was busy seeking specifications from architects and working with builders, John was diligently installing numerous Duradek projects in the area. Duradek was virtually unknown in the area but after very little time, great interest had developed and other companies wanted to get involved installing Duradek. John began training these companies to be independent Authorized Duradek Dealers thus laying the groundwork for a distribution network.

By 1999, Duradek MidAtlantic had built up a large enough distribution network to cease installations and focus solely on training, sales, and support for their growing network of Authorized Duradek Dealers.
In 2000, Jaime Kotanko, John Harlow’s daughter, was brought on to assist with the company’s growth. 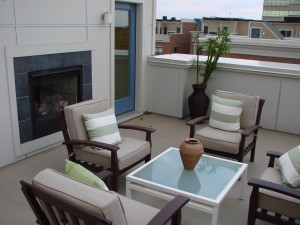 Duradek MidAtlantic maintains a nationally recognized training program developed by their factory certified trainer who has nearly 20 years of installation experience. They have also developed a leading sales and marketing program to assist their dealers with growing and expanding their businesses and can be seen representing Duradek at major industry trade shows like Deck Expo (Look for Duradek MidAtlantic at Deck Expo in Baltimore in the fall).

In preparation for his own retirement, John has now passed the Duradek MidAtlantic leaderhip reins to Jaime. Jaime was named company President and began holding an ownership stake in 2012. John is now the company Chairman and is getting ready to enjoy his retirement in North Carolina.

Debbie Rickert – Office and Marketing Manager
Debbie has been with Duradek MidAtlantic since 2002. She is highly dedicated and one of the major forces behind the company’s success.

Rick James – Business Development
Rick is tasked with seeking specifications from architects and engineers as well as working with builders and general contractors to see that Duradek is properly utilized.

Matt Kotanko – Dealer Services
Matt, who is also Jaime’s husband, is in charge of Dealer Services which includes Authorized Dealer training, support, estimating, and whatever else their Dealer Network needs.

Candice Johnson – Administrative Assistant
It is Candice’s pleasant voice that greets everyone on the phone. She not only processes Dealer orders, but provides valuable support to the rest of the staff.

Andy Bowser – Warehouse Manager
Andy is the one responsible for making sure everyone gets the right materials in a timely fashion.

With a strong team and a strong brand with the Duradek family of products, and of course the ever present need to protect outdoor living space from the elements, Duradek MidAtlantic will continue to be a leading supplier of waterproofing solutions for decades to come. 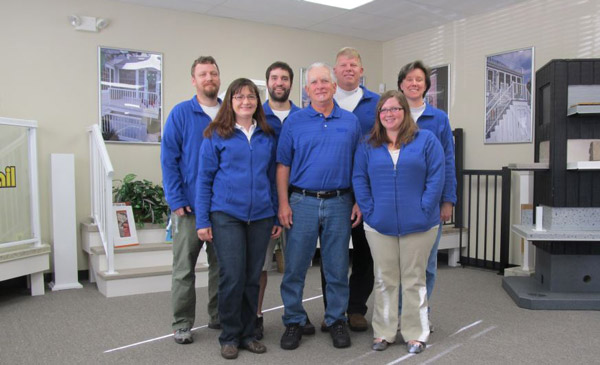