Duradek is a family owned and operated business whose product reaches the marketplace through a network of select professionals. At Duradek’s 40th Anniversary Convention that took place in Kelowna, BC at the beginning of October, Duradek was proud to see such a great group of decking professionals all gathered in one place. Having been in the business for 40 years, some of the business relationships have been around nearly as long and now we are seeing these valuable relationships extend to the next generation of Duradek experts.

Duradek values the impressive history the company has developed with many of our respected dealers throughout North America over the years and truly considers every business that represents Duradek as extended family. But it is not just longevity that makes an exceptional Duradek distributor or dealer; sometimes it is that inexplicable X factor that allows some companies to go beyond the ordinary and exceed expectations and averages to truly stand out from the crowd.

Duradek is proud to introduce you to some of the stand-out business who represent Duradek by acknowledging the recipients of Duradek’s Top Performance Awards for 2014 as honored at the Duradek 40th Anniversary Convention.

Performance Awards for the United States

Get to Know the Top Performers of Duradek 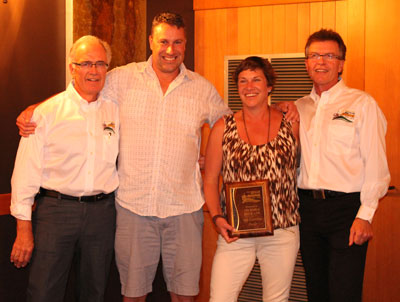 Victoria Deck Ltd. has been taking care of decking needs in Greater Victoria and southern Vancouver Island since 1976 which makes Victoria Deck Ltd. one of our oldest Duradek dealers (only two years younger than Duradek). Originally created by the father-in-law of co-owner Gail, Victoria Deck is run by brother and sister team Brian Nursey and Gail Penner; and this family business has already spanned two generations shows no signs of slowing down. Supported by an excellent team of estimators and installers, Victoria Deck maintains its reputation by consistently providing exceptional customer service and acute attention to detail from start to finish. Victoria Deck is an accredited member of the BBB with an A+ rating and is a member of the Canadian Home Builders Association. If you are in the Victoria area, Victoria Deck Ltd. will help you with your decking needs no matter how large or small. Look for Victoria Deck this spring at the Victoria Home Expo at the Juan De Fuca Recreation Center on April 17 – 19, 2015. 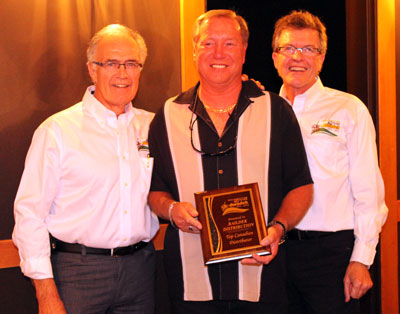 Raildek is a direct source for Duradek vinyl in the Greater Toronto area, supplying a skilled network of Duradek dealers throughout Ontario. Created by owner James Simpson in 1984, Raildek has over 25 years of history representing Duradek. James came from an extensive, hands-on construction background and he recognized the need for maintenance free outdoor living products that could withstand the extreme climate for a long-lasting value to home owners. James knows that homeowners who enjoy their outdoor living space want to be spending their time enjoying it, not maintaining it. The relationship with Duradek was a natural fit! With a strong network of authorized Duradek dealers, more Duradek has moved through Raildek’s doors than any other Canadian Duradek distributor this year. Raildek is also the location that provides the product for notable HGTV programs that have used Duradek like The Builder Boss and Income Property. Watch for Duradek this spring on Cottage Life TV as James let us know he provided Duradek to one of his skilled Duradek Dealers to install it for a project on an upcoming episode. 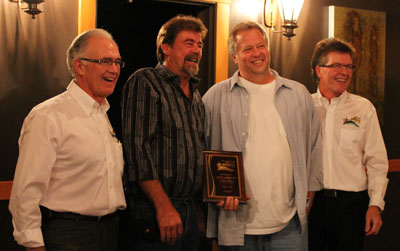 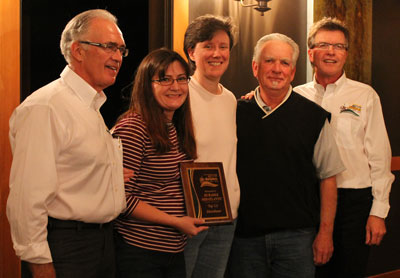 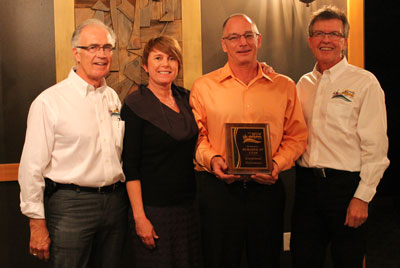 The rarely issued Exceptional Performance award was resurrected this year for stand out performance for Duradek of Utah who may have not been the top volume performer, but has fully taken on the Duradek philosophy of educating people to “Doing it Right the First Time” and really embraced the opportunity to develop the roof deck waterproofing business in a region that historically not been recognized for roof decks but is now showing a growing number of new developments embracing this outdoor lifestyle advantage.

Check out these articles featuring notable projects from Duradek of Utah: 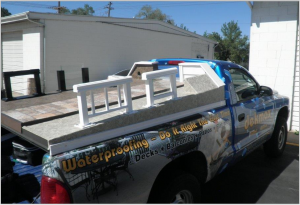 The Duradek of Utah Mobile Showroom

Duradek of Utah is getting noticed. Besides these  great high profile projects that show Duradek doing exactly what it was meant to do, Matt has a few other unique, eye-catching techniques up his sleeve. The Dekmax truck has been transformed into a mobile showroom and the custom canopy Matt has made beautifully displays Duradek’s range of waterproofing membranes,  perimeter details, drain details and railing options. Really making his work truck work for him, Matt also put together a little YouTube video demonstrating the strength of Duradek seams by using his truck to tow a Ford F250 with a heat-welded piece of Duradek. It is really amazing to see the welded vinyl stretch as it pulls the F250..and the seams still hold. 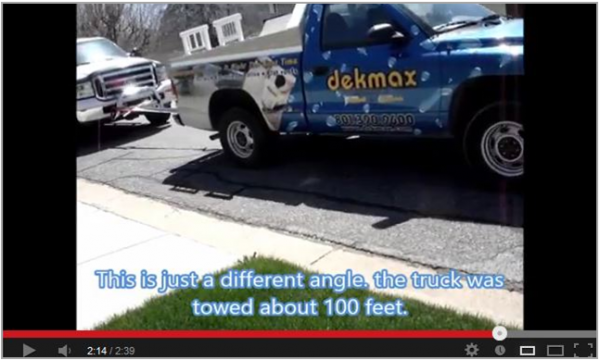 With these kind of initiatives and the excellent work Duradek of Utah is doing with educating the local architectural groups like the Salt Lake City chapter of CSI, Utah is poised to embrace roof decks as much as any major metropolitan harbor city.

Congratulations to all of our top performers and thanks for your ongoing support of Duradek and bringing reliable low-maintenance roof decks to communities all throughout North America!