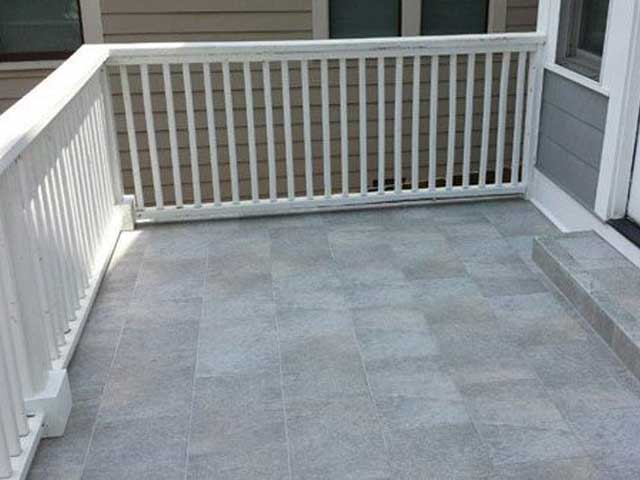 PROBLEM:
A homeowner had an addition done to his home in late 2012 in a historic neighborhood in old Atlanta, GA. The addition featured a new family room with a walkable rooftop deck for his young family to enjoy. They wanted the look and feel of a tile deck for the rooftop. The addition was built with the flat roof surface constructed with a concrete slab for stability and would be used as the substrate for the tile installation. 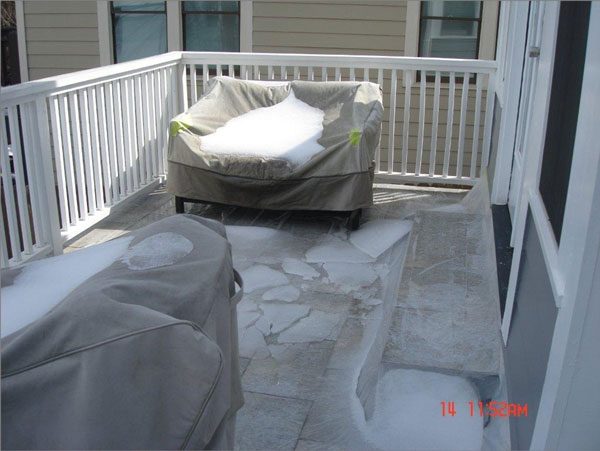 A gorgeous tile deck that was not installed with any consideration to waterproofing…note the plastic sheet providing a barrier from melting ice.

They purchased porcelain tile and hired a contractor to do the installation. Unfortunately, the contractor was unfamiliar with the proper way to keep the deck waterproof and installed the tile directly to the concrete slab (yikes!) with only thinset instead of a recommended assembly. It only took one cold winter to have the grout fail, and water penetrated the concrete slab and leaked into the finished ceiling below. 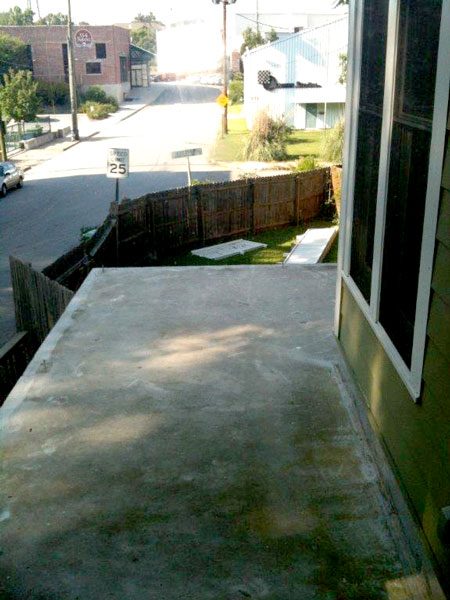 With no waterproof consideration, this concrete slab roof had no protection from water infiltration.

DURADEK SOLUTION:
The customer called Duradek of Georgia who quickly made a site visit and determined that indeed the concrete slab had been compromised and was leaking. In agreement with the homeowner, after a detailed conversation on how to fix the problem, a repair plan was set in place which included removing the existing railing. The tile would have to be removed and the surface would have to be sanded to get a smooth, dry surface for new glues, Tiledek™ PVC membrane and tile. 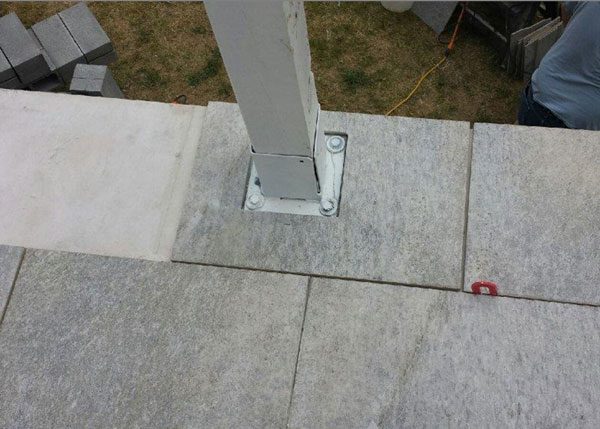 Once the Tiledek membrane is installed to perform the waterproofing, the tiles can be laid on top.

The next hurdle was to reapply for the permits in the historic neighborhood which took 90 days. The approval finally came and the reconstruction began. After a step by step process, Duradek of Georgia completed the deck. The tile was installed and the railing replaced. As luck would have it, a huge rainstorm came in and drenched the deck for over 24 hours.
No Leaks – totally waterproof. 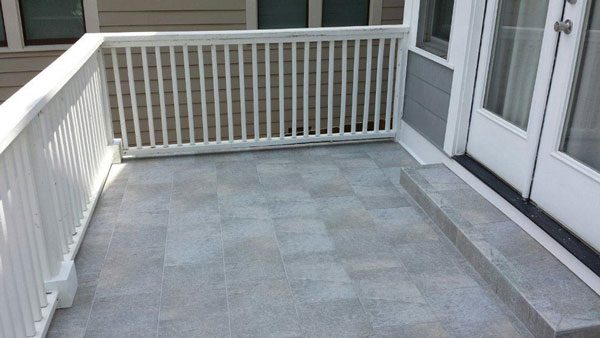 Now the completed tile roof deck is leak free with an assembly that included the waterproof roofing membrane made for use under exterior tile – Tiledek.

After the homeowner went through the expense of the rooftop deck addition and the tile installation, needless to say, he was very disappointed to have the new deck fails so quickly. The homeowner then did his homework and found Duradek Ultra Tiledek™ as the product that should have been used in the first place. The inclusion of this reliable waterproofing membrane would have prevented the cost of the deconstruction and rebuild of the roof deck as well as having to repair the leak damage on the ceiling below.

View or download the .pdf version of Case History #168 for the complete case history with installer details and before and after pictures.