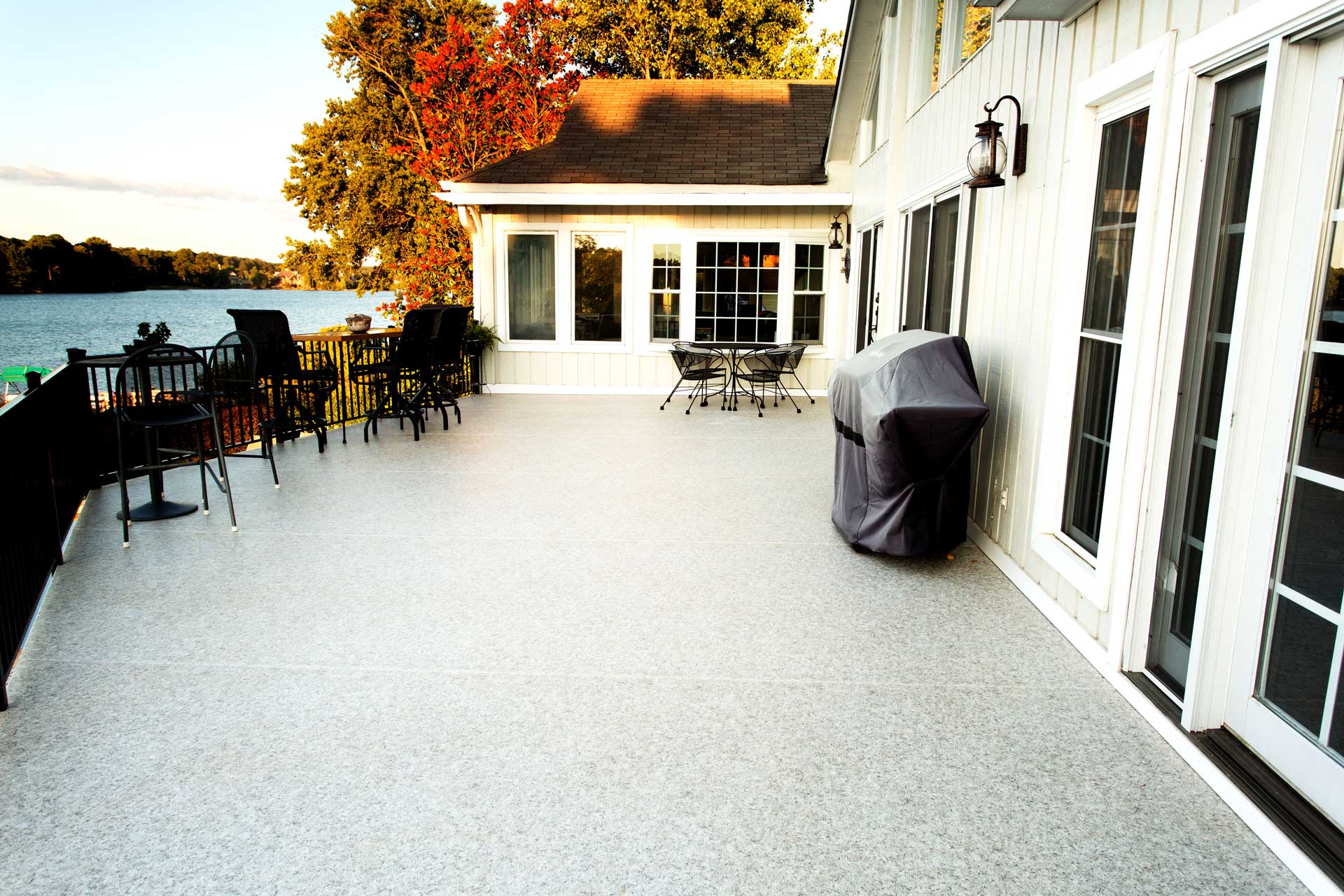 These homeowners have a beautiful residence overlooking an Alpharetta, Georgia Lake in an upscale neighborhood. They decided to build a swimming pool between the home and the lake.

Plans for this project included upgrading a worn out drip-through deck. They were tired of the continual maintenance issues with the old deck including painting & fixing broken boards and dealing with the constant water dripping to the lower concrete deck.

The lower deck had not been used to its potential, but once the new pool was installed, that lower deck would become a much desired entertainment area near the pool. In their search for a waterproof solution, they found the perfect product to enhance the upper deck and keep the lower deck dry – Duradek

The homeowner called Duradek of Georgia to provide a solution for their project. After a careful and thorough review of the current deck, Duradek provided the homeowner with an in-depth proposal.

Since the deck was older, an update to the deck structure was needed. That included the removal of the wood railing, removal of the old deck boards and sloping the deck for water run-off. The existing joists were used and 2″ x 6″ boards were attached to achieve the necessary slope. New T&G 3/4″ plywood was installed and the Duradek Ultra Heritage Agate was applied for low maintenance waterproof protection.

In addition, the homeowners wanted a new, maintenance free powder-coated steel railing system. After the Duradek installation was finished, the lower deck ceiling was painted a light color to achieve a finished look including electrical work for new ceiling fans.

Demolition for this project began in January, right after an unusual snow fall in Georgia. This highlights one of the advantages of the Duradek system – Duradek can be installed in virtually any climate all year round on dry, untreated plywood. With its single application it can be used as soon as it is installed a requires no special conditions for drying and re-coating.

View or download the .pdf version of Case History #163 for the complete case history with installer details and before and after images.