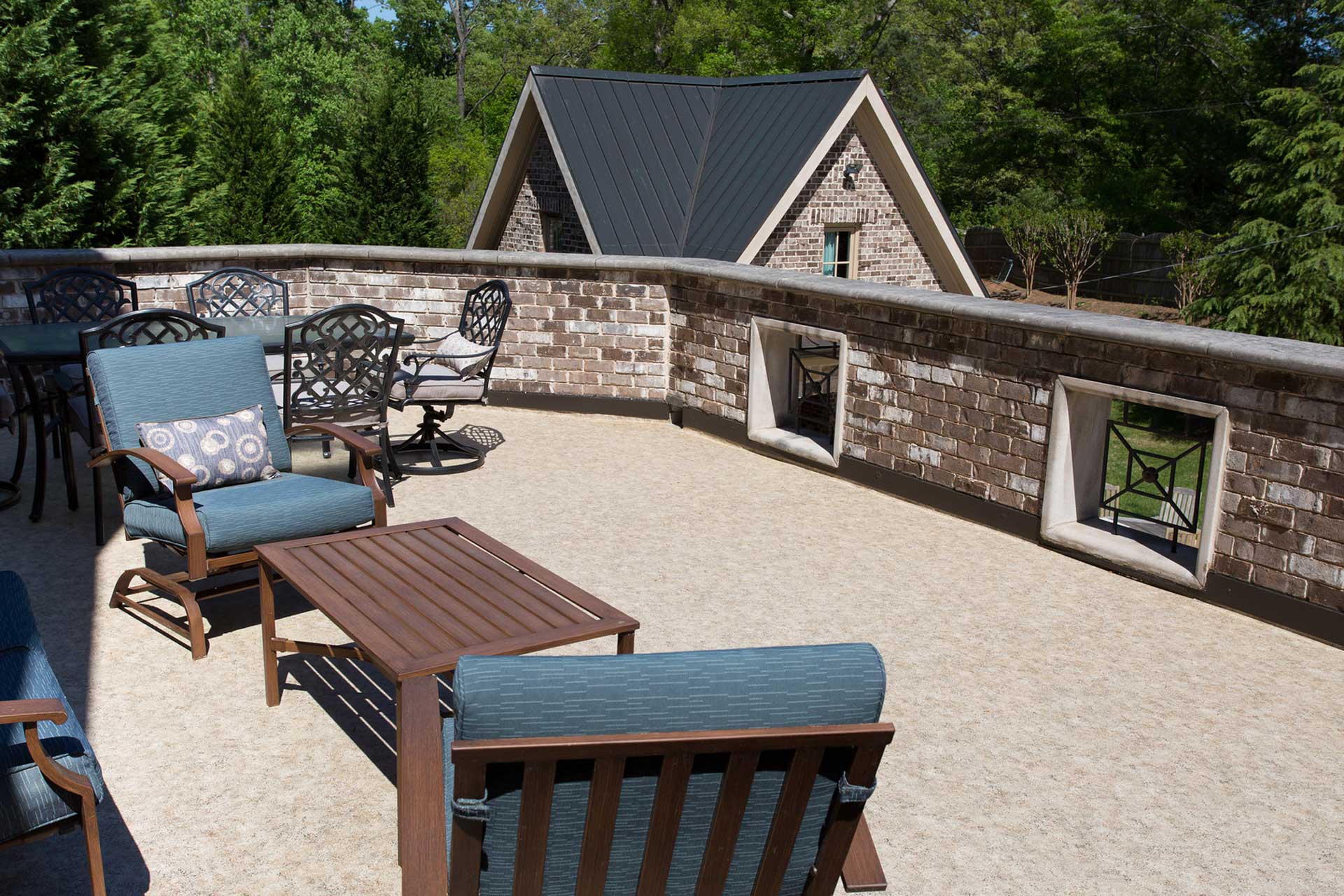 The main advantage of roof decks is that you get double the livable space. Outdoor living space above and interior living space below…but without proper waterproofing all that real estate is at a disadvantage.

This tile deck was leaking into the lower level of the home but the homeowner was not sure what to do to solve the problem. They had tried a variety of products to stop the leaking including sealers, caulk and finely tarps. It was when the homeowner found an area that was soft and spongy that he realized he needed a professional, so he called Duradek of Georgia.

It was evident that the leaking had caused damage to the subfloor and would potentially develop into rotting wood. After a detailed inspection of the existing deck, it was clear the tile was originally installed incorrectly with little or no underlayment for waterproofing. In addition, cracked grout lines allowed water to penetrate to the plywood surface finding its way to the seams and the underside of the deck.

Duradek of Georgia knew exactly how to fix the problem. They gave the homeowners a full presentation of the Duradek / Tiledek options for the customer to consider. Still unsure which option was best for them and their home, they went to see an existing Duradek installation in a nearby suburb. Once they saw the simplicity of Duradek waterproofing the choice was easy.

With the owners’ experience with their current tile deck, they chose to go with the Duradek solution. They were impressed with the wide selection of colors and like the idea of a minimal maintenance deck that requires only occasional cleaning. After removing the old deck materials and laying fresh untreated plywood, Duradek Ultra Cork Macchiato was installed. The homeowners are very happy with the way the new deck looks and the advantage of virtually no maintenance.

Atlanta, Georgia had experienced an exceptionally cold winter that year with three days below freezing. It is that freeze / thaw cycle that can stress exterior tiles and cause cracking. When the deck was demoed, it was revealed that the substructure was completely rotted out. New wood joists and 3/4″ plywood were installed and sloped for better water management. Since the entire deck was surrounded by a parapet, PVC coated metal was used to make custom scuppers for drainage.

View or download the .pdf version of Case History #159 for the complete case history with installer details and before and images.