Duradek™, the original vinyl deck waterproofing membrane reaches the notable benchmark of 40 years in business. Having grown from pioneering product to leading brand in the competitive niche market of deck waterproofing, our job is to protect where you live and allow you to enjoy it as much as possible.

Originally conceived by two contractors in British Columbia’s Okanagan region in 1974, Duradek was inspired by a marine vinyl used to cover the interior floor of small boats. These two boating enthusiasts recognized that the attractive, slip resistant vinyl surface, tough enough for wear, waterproof and easy to clean could be a perfect solution for the lake view decks so popular in the region…and an industry was born!

The company initially offered franchise opportunities and Duradek’s current owners, John and Robert Ogilvie started off with a few franchises. The two sold the franchises in 1978 to purchase a third of the Duradek parent company. They eventually purchased Duradek outright in the mid 80’s and have maintained ownership ever since.

During that time, the single biggest evolution within the company was to develop a product and installation techniques that would allow Duradek vinyl to meet building code approval in roofing applications. Ensuring these critical techniques were followed in practice was an important factor in the ability to guarantee roof-grade waterproofing and thus a business model developed that restricted the availability of Duradek to authorized contractors that were trained in Duradek’s unique application techniques.

Four decades after inception, Duradek has significantly contributed to the development of the specialty trade of deck waterproofing and so far there has been over 125 million square feet of Duradek installed on balconies, decks, patios and roof decks in all North American climates.

Family owned and operated, Duradek retains the culture of a small family business with the reach and influence of a multi-national organization. This strength is gratefully attributed to the partnerships we have with our distributors and contractors (many of whom are second generation) that really want to “do it right”. This is what makes Duradek truly unique. The understanding that it is not product alone that solves waterproofing problems, nor is it a contractor alone, but rather a partnership between the two with the shared goal of doing it right the first time. The combination of a strong product, refined details and professional installation make Duradek the superior choice for waterproofing balconies and roof decks in residential and light commercial applications. 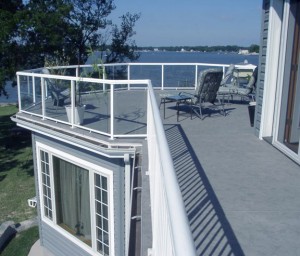 Whether it a ground level patio or a roof deck over living space, Duradek membranes provide waterproof protection with a 10-year warranty.

Now at our 40th year in in business we are in a marketplace with a variety of competitive vinyl suppliers and it is a very different climate than in the early days of being the only option for vinyl deck membranes. We have endured, analysed, prospered, rethought, expanded, designed, developed, re-examined, expanded again and, most importantly, continually test ourselves and our products to adapt to the needs of the architectural and building communities.

And we’re not done yet!

Rather than publish a huge retrospective on years gone by and chuckle at all those 1974 pictures of long hair and bell bottoms, we simply want to thank the building community for their support over these 40 years.

We take quiet satisfaction in having found a way to remain the most reliable source of deck waterproofing in North America. 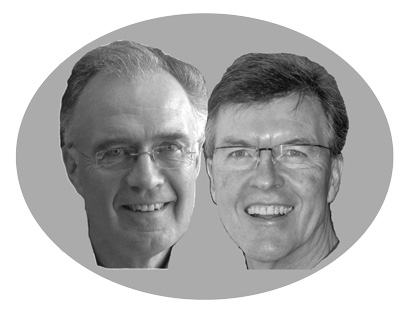